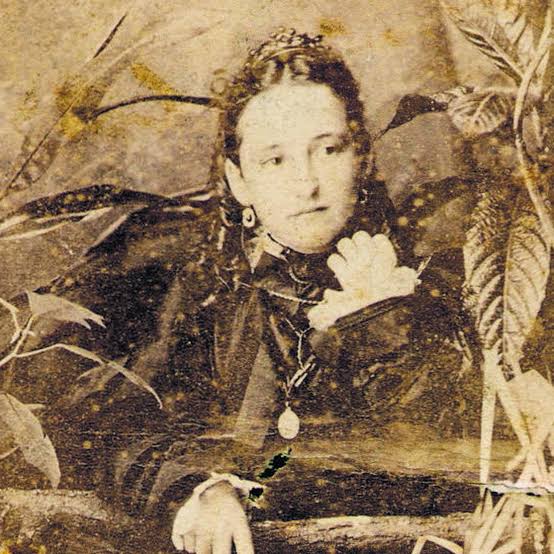 For over many decades, Mrs H.S. Ball’s Chutney has graced dinner tables of many South African households. ‘CHUT­NEY’ is a pun­gent condi­ment that orig­i­nated in In­dia. The name is de­rived from the…

The story of Mrs Ball and her well known chutney has been told so many times by different sites. The narrative is however, laden with so many errors that it warrants an attempt to correct some of the fabrications.

A quick search on Google will tell you that the famous chutney recipe supposedly originates from Canada and it was brought to SA by Mrs Ball’s mother, Sarah Adkins.

And that she, together with her husband, Henry Adkins, and the chutney recipe were shipwrecked on the SS Quanza in 1852.

There after, settled themselves in King William’s Town. The story goes that the couple had a daughter, Amelia in 1865. After getting married to Mr Ball, Amelia was supposedly given the magic secret chutney recipe from her mother, that went on to be enjoyed by the world for decades.

This is a fascinating story but its far from the truth, It’s the kind of narrative that adds value to the brand, and can sell chutney – but as the saying goes, “never let the truth get in the way of a good story!”

The popular narrative is problematic in many ways. First of all, Mrs Ball’s parents were English not Canadian, and Henry Adkins held no naval position.

Additionally, the SS Quanza got wrecked in 1872 not 1852 and the couple only met in SA. Furthermore, the original Adkins chutney recipe differs from the now famous chutney, notably by replacing dried apricots with mixed fruit as well as adding a key secret ingredient.

In 1852, Henry James Adkins married Elizabeth Sarah Spalding in King William’s Town, the couple settled in the village of Fort Jackson to run a general dealership.

The couple had 12 children in total; 7 sons and 4 daughters, one of whom was Amelia.

In 1886, Amelia married Her­bert Sad­dle­ton Ball at Newlands, East London. Herbert worked as a rail­way su­per­in­ten­dent. The Ball family moved to Johannesburg – with Amelia taking her mother’s chutney recipe to her new location.

In between raising a family of seven children, Amelia continued to follow her mother’s chutney making tradition, and the condiment became popular at church bazaars, at the time of the First World War (1914 – 1919).

It is during this time that Amelia created the famous Mrs H.S. Ball’s Chutney we know and love today.

In 1921, Her­bert re­tired and the family moved back to Cape Town, where they lived in the coastal vil­lage of Fish Hoek. Amelia con­tin­ued making the chut­ney on a home in­dus­try scale, with Her­bert tak­ing a few bot­tles a day to sell at cen­tral Cape Town.

While sell­ing their chut­ney, Her­bert met Fred Metter – a food exporter, who de­cided to help them with marketing. Sales surged soon afterwards.

The business got bigger and outgrew its premises in Fish Hoek, the Ball family es­tab­lished larger fac­to­ries in Diep River and then Re­treat.

The fam­ily busi­ness was sold to Brooke Bonds Oxo in the early 1970s, which later sold it to Unilever Foods.

Over the years, the chut­ney has been ex­ported to many African countries, as well as the UK, Ger­many, Australia and New Zealand.

The chutney has be­come such a pop­u­lar ad­di­tion to braais, stews, bobotie and cheese sand­wiches that more than 8000 bot­tles are pro­duced every single day.

The orig­i­nal recipe re­mains a closely guarded secret to this day, but over the years with the internet, sev­eral cooks have revealed that it mainly comprises of apricots, peaches, sugar, grape vine­gar, onions, salt and cayenne pep­per.