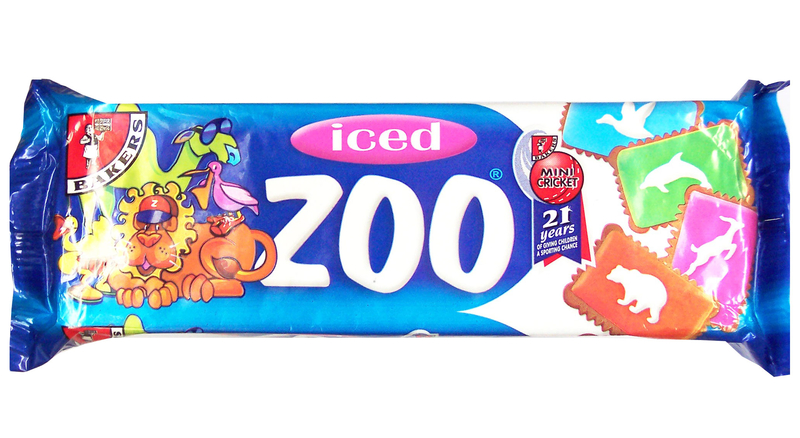 I write of South Africa, where my heart sometimes resides, and my mind often drifts back to, across the distance of lands and oceans. An Africa that always beats with a strong heart of different people, languages and cultures, who irrefutably call this land their home.”

My “Z” entry this week, saddens me a little; not only because I have reached the end of a lovely journey of letters, but also because today I write of a food close to my children’s hearts.  A food they had left behind when they moved away from SA in dribs and drabs.  The Zoo Biscuit!

In our home they were primarily a party biscuit, for birthday parties!  Not for every day, they were special!  That is how they gained their popularity and fame!  Keeping something for special occasions adds value.

Zoo Cookies have iced silhouettes of animals ranging from lions to dolphins, these pastel coloured bikkies are still the staple food of picnics and kids’ parties.  Many people have specific ways of tackling the eating of these sweet treats that have been around in some form or another for about 100 years.

“You must lick, soften, and eat the animal first!” they say. It fits in with Nik Naks, Biltong, Boerewors and anything South African!

“Eaten very quickly, with a glass of milk!”

Life is a Zoo Biscuit, if you don’t mind!

A sixteen year old german boy, living in London at the time, was persuaded by his uncle to emigrate to Durban, South Africa in 188o.

In 1885 he began to make biscuits, hard dry biscuits by the sack load, that he could sell to the ships that docked in Durban; during the wars they were ordered by garrisons as well.

The name of the business had to be changed and the business was given government protection in 1915, after the baker’s was burnt down in anti-german riots in Durban during World War l.

It was changed to Bakers Ltd, as we know it today.  The Ginger Nut and the Marie biscuit were first sold in 1895 after John Baumann had a fancy biscuit machine installed.

So it is  these gentleman, born in Germany, that we have to thank for the Zoo Biscuits we all love, but I have to admit, John Baumann would be appalled at the shape of the animals on them today!  I have found them selling in the UK, just down the road in our local ‘South Africa’ shop, Hunters Biltong.

So, with the world being such a small place now, we can even order Zoo Biscuits, on line; and my girls will never have to go without.

BUT ! only for special occasions, girls! We need this in the South African Shop in Netherlands!